St Regis – The Name Says it All

There are few brand names in the world that evoke images of  quality, elegance and opulence the way that St Regis does. For over 100 years and since it was opened by one of America’s wealthiest men, John Jacob Astor IV, The St Regis Hotel in New York has been one of the most luxurious hotels in the world.

St Regis became a Sheraton in 1966, then Sheraton was acquired by Starwood in 1998 and it wasn’t long before Starwood began expanding the brand worldwide. One St Regis brand resort – the St Regis Bora Bora in French Polynesia, has an entrance and view that may be familiar – ever see the mediocre flick “Couples Retreat”? 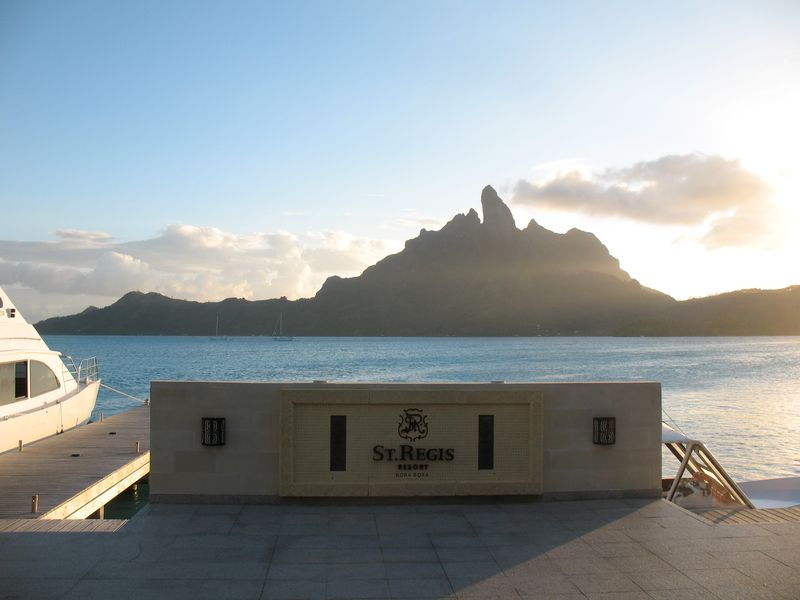 Truly one of the most impressive views in the world as the sun sets over the Island of Bora Bora….

This was the view that Vince Vaughn & company took in as they first arrived at their resort renamed “Eden” in the film.

You may remember some of the other shots in this post since various locations were used in the filming, so if staying in a resort that was used as the backdrop is a bonus for you, this place may be for you. 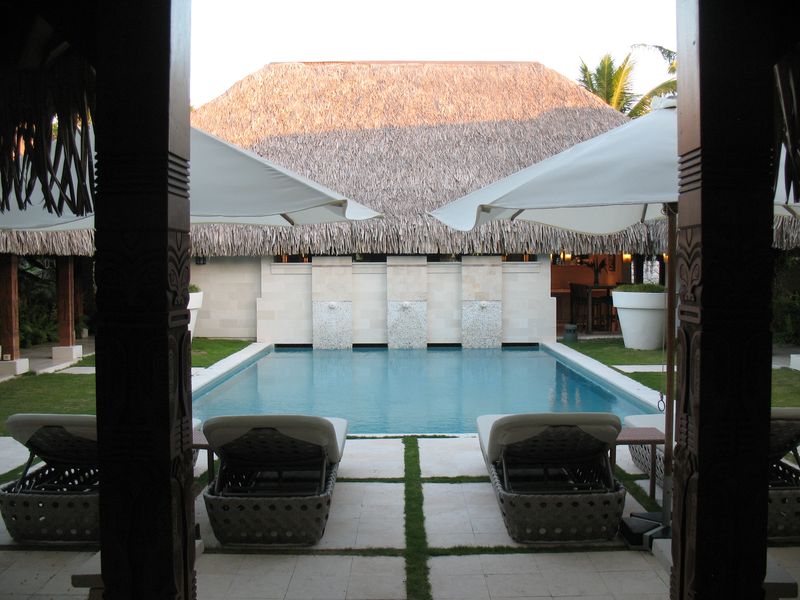 This private “plunge” pool is a part of the villa where a little known couple recently Honeymooned- I think they said their names were Keith Urban and Nicole Kidman if I remember correctly – perhaps you’ve heard of them? 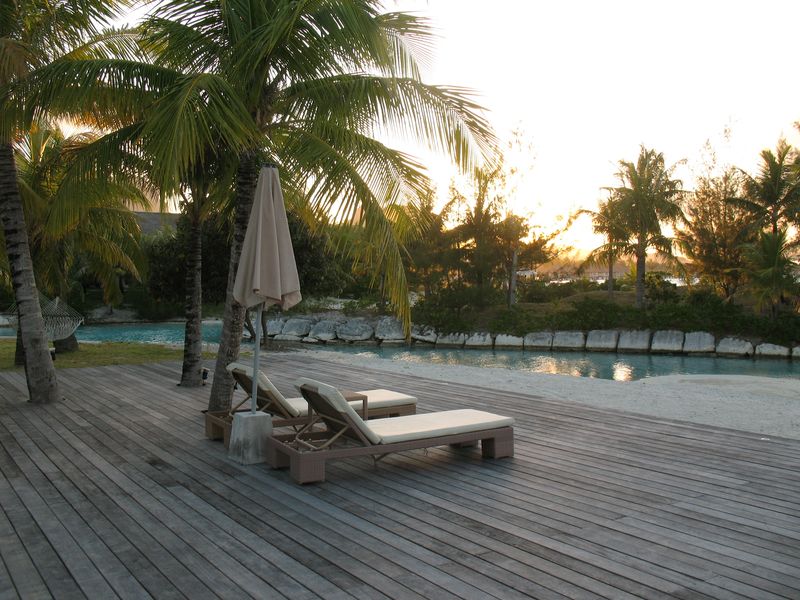 The private patio pictured above and below are also part of this luxury villa that is available if your pockets are very, very deep…. 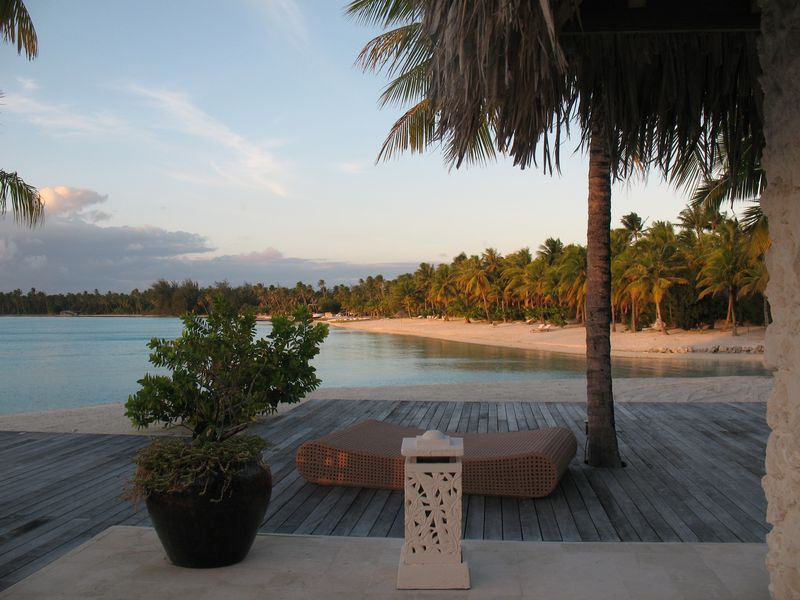 The St Regis in Bora Bora is one of over a dozen St Regis properties worldwide that stretch from New York to Aspen to Bora Bora to Abu Dhabi and beyond.

After visiting several luxury resorts throughout French Polynesia I have had time to reflect on my thoughts regarding St Regis Bora Bora. Actually my feelings are mixed.

I suppose I think that St Regis Bora Bora has one of the most impressive views in the world, but equally impressive are the Four Seasons and Le Meridien located in close proximity 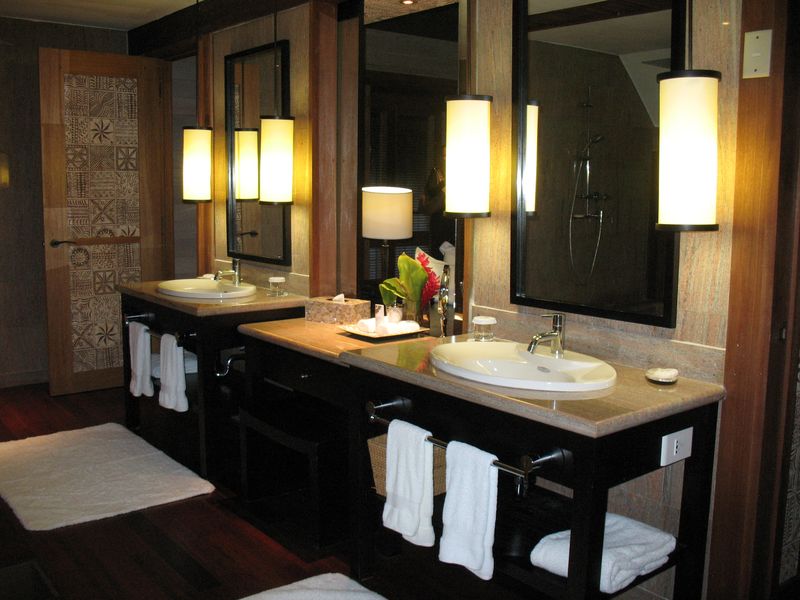 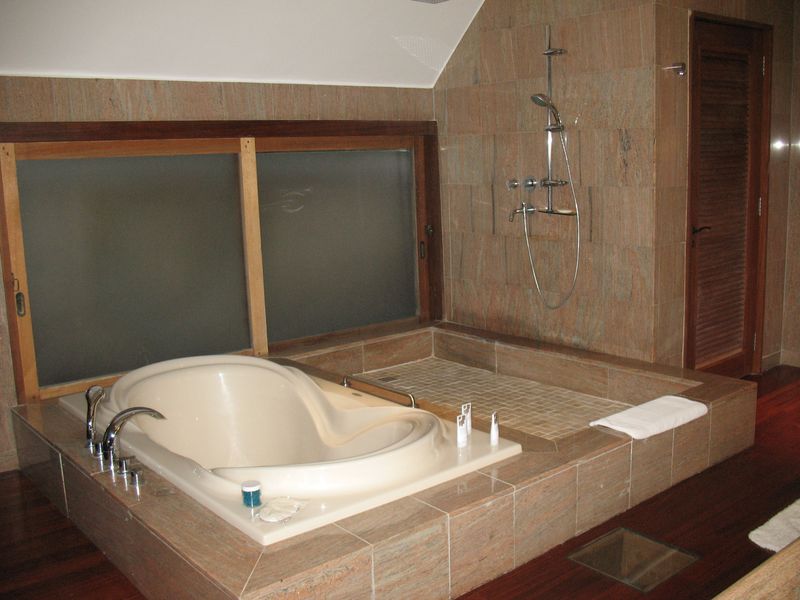 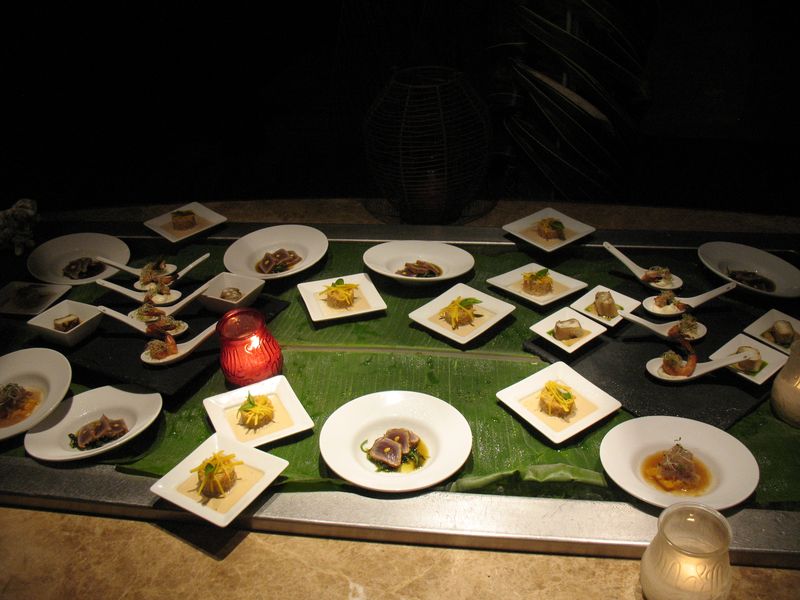 I may never again drink from a prettier coconut… 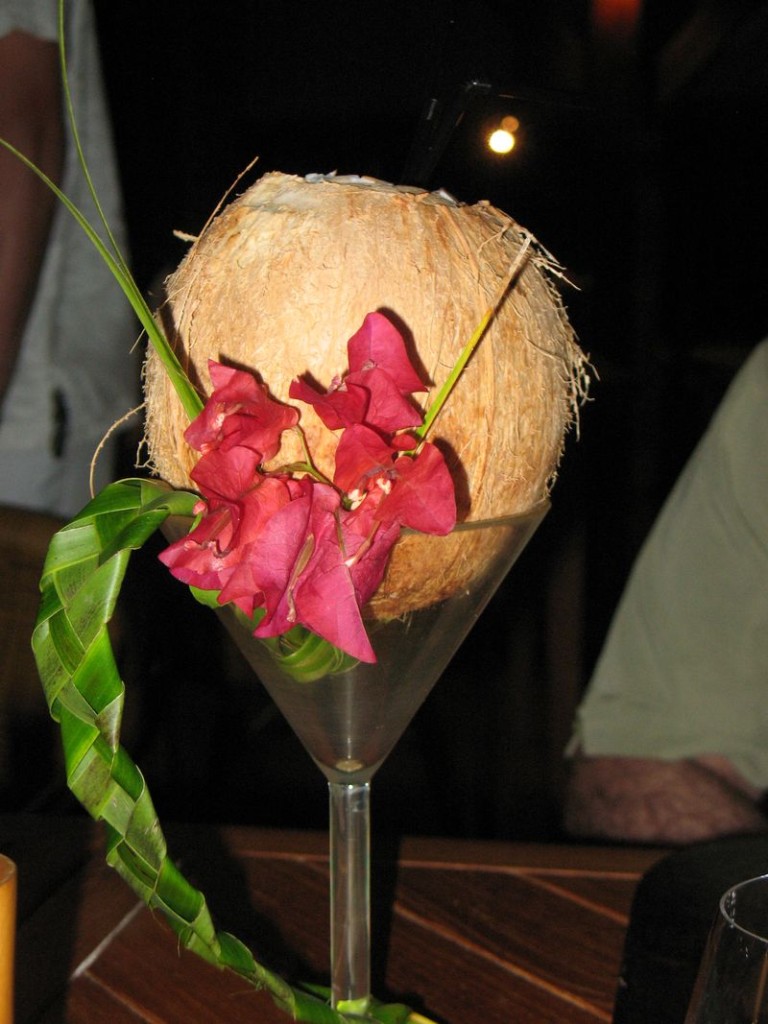 Overall is is difficult to poke holes in a tried and true luxury experience- From the Jean-Georges restaurant on site named Lagoon – to the view – to the grounds – to the bungalows, St Regis exudes luxury and status – yet, I was left a little cold.

Our small group of travel agents were treated like Kings at every other resort we visited throughout French Polynesia. We were wined and dined by the managers at nearly every resort we visited… world-class resorts, some with equally world-class reputations, but not at St Regis. Although we enjoyed the completely engaging company of a lovely associate, upper management was curiously absent. Although we enjoyed a wonderful Polynesian buffet, the Polynesian show was substandard compared to other shows we enjoyed elsewhere.

So is St Regis somewhere I would recommend to a client? Probably

Would St Regis Bora Bora be a good choice for a Destination Wedding? Of course, and they are kid friendly

Would St Regis Bora Bora be a good choice for a Honeymoon or Romantic celebration? Absolutely – the price will keep most families away and it is a completely lovely destination with world-class services and amenities

So my humble advice is this- If value is your motive there are better choices in French Polynesia.

If you want to stay away from the Riff-Raff (as if there were any riff-raff in French Polynesia) then this might be a good choice….until Octomom or The Kardashians decide they need a vacation…..then all bets are OFF